You are here: Home / Club activities / How we shall stop polio forever– a lecture by Bruce Aylward in TED

A very useful lecture on the fighting of polio by Bruce Aylward given for the popular online media TED. 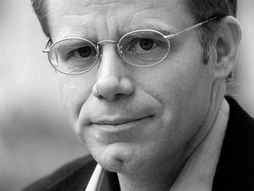 Bruce Aylward is a Canadian doctor and epidemiologist who heads the program for polio eradication in the WHO and the Initiative Global Polio (GPEI).

During his medical studies Dr. Aylward traveled and practiced in countries throughout Sotuh America, Africa and Asia. Upon his joining the World Health Organizatioin 1992 Dr. Aylward worked in the expanded immunization program, especially in the area of ​​measles, neonatal tetanus and hepatitis vaccination, as well as safety injection. In the years from 1992 to 1997 he worked with national immunization programs in the Middle East, Western Pacific, Europe, North Africa and Central and Southeast Asia.