You are here: Home / Plovdiv / The second edition of the workshop “Plovdiv – created by the Creator” was successfully completed

For a second successive year we held the Workshop “Plovdiv – created by the Creator”. Chief organizer and an engine of the project is our friend Matei Mateev. His inexhaustible enthusiasm and knowledge of art and authors brought together again well-known and distinctive Bulgarian artists.

The second edition of the workshop “Plovdiv – created by the Creator” was successfully completed. In the transition between spring and summer, during the 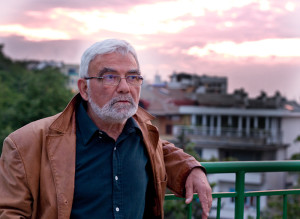 best season in Plovdiv, with the help of the team of hotel NOVIZ and under the constant care of Matei, we created excellent conditions for the artists.

Nadejda Kuteva was born in Sofia in 1946. She is an artist with a rich artistic career, the daughter of Philip Kutev. She graduated from the National Arts Academy in Sofia in 1972 with a degree of wall painting. She specialized in the Corcoran School of Art in Washington, USA.

Her work includes landscapes, figure compositions and still lifes. Over the last few years she has created a series of cycles depicting Bulgarian customs, rituals and more.

Nadejda Kuteva was awarded “Zlatyu Boyadziev” (1985), “Vladimir Dimitrov – the Master” (1990), Award for participation in the First International Quadriennale “Myths and Legends of my People” (2004) and other. She is also the winner of the “Guardian of Traditions” (2010).

Mihaela Ivanova was born in Plovdiv in 1964. She graduated from the Faculty of Fine Arts of the University “Sv. St.. Kiril and Methodii “in Veliko Tarnovo in 1988.

Mihaela Ivanova has over 10 solo exhibitions in Plovdiv, Pazardzhik and Sofia. In 2001. was awarded the prize for painting of the Society of Plovdiv artists.

Her works are owned by the city Art Gallery in Plovdiv and Kyustendil, the gallery in the city. Ocha, Hungary and by private collections in Bulgaria and Israel, Italy, Germany, Belgium and the USA.

Iliana Manukova was born in 1970. She graduated from High Professional School of Applied Arts “Tsanko Lavrenov” in 1989., and in 1998 graduated as Master in painting from the National Art Academy. In 2006 she received an award for painting. Iliana Manukova participated in International symposia of painting in Bulgaria, Macedonia and Slovenia.

Her works are owned by private collections in Germany, Macedonia, Slovenia, Canada and the USA. 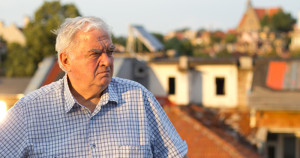 Toma Varbanov was born in 1943 in Plovdiv.

His works – paintings and mosaics decore mundane sites of national importance – mosaic in the foyer of the Faculty of Physics and Mathematics at the the University of Sofia, mosaic facade of the town hall in Montana, interior mosaics in the shoe factory – Hadzhidimovo, facade frescoes (technique “sgraffito”) Port of Burgas , school building in Yambol.

As a painter prof. Toma Varbanov works in the field of figure composition, landscape and portrait. He has received the largest professional awards for his work.

Vasil Stoev was born in 1950 in the city of Parvomay. He graduated graphics at the National Art Academy. From 1981 to 2003 he participated in 79 solo and group exhibitions at home and abroad. His works are owned by the National Art Gallery, city Art Gallery in Sofia, Plovdiv and Burgas, and galleries in Malta, France, Switzerland, Holland, Germany, Italy, Greece, Turkey, Belgium, Portugal, the USA and Japan. He participated and sold paintings at the “Sotheby’s”auction in 1989. He was awarded the “Plovdiv” award in 1999, second prize of the International Biennale in Malta – 1997 and Honorary Award in Malta – 1998.

Nedko Itinov (no photo available) was born in 1956 in Plovdiv. He graduated in painting at the Veliko Tarnovo University “St. St.. Kiril and Methodii “. Since 1986 he is member of the Union of the Bulgarian Artists. He participated in numerous group exhibitions and has over 20 solo exhibitions. The most important of them are shows in Vigenshtayn House- Vienna (1990), Gallery Artconnection – Beirut (1991 and 1992), Gallery 88 – Luxembourg (1991), Nofar Art Gallery – Tel Aviv (1998) and others. Pictures of Nedko Itinov present in many private collections in Bulgaria, USA, Germany, UK, Spain, France, Switzerland, Croatia and Austria.

Here is a short movie about our dedicated organizer Matei Mateev