You are here: Home / Club activities / Report of the board for the term 2012-2013 with President Kircho Atanasov 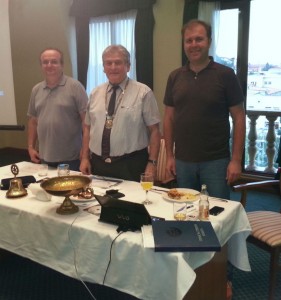 On the regular meeting of the club on Tuesday, (25.06.2013) the president of RC Plovdiv-Puldin assoc. Kircho Atanasov and the board of the club for the term 2012-2013 summerized their work during the past year. The current managing board made a report of its activity during that term before the members of the club. Following the Rotarian tradition the president Kircho Atanasov struck the Rotarian bell which gave the end of the term of the current board with the following members: 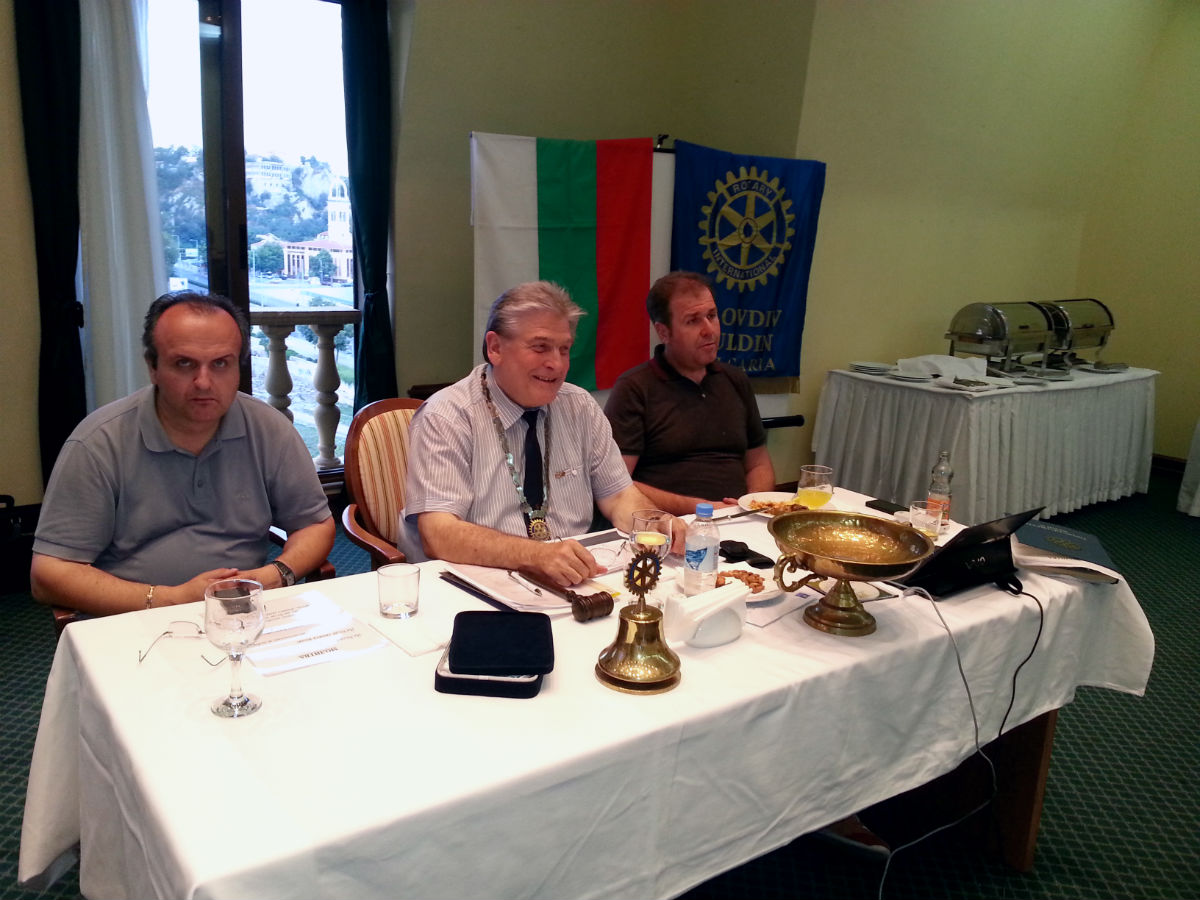 During the term of Kircho Atanasov three new members were adopted: Ivan Iliev, Mariana Andreeva and Ilian Koev. As a part of the club stabilization for the term 2012-2013 was revived the tradition of active participation in the Rotary Foundation – four of the members became laureates of Paul Harris Fellow: Vasil Vasilev, Spas Popov, Krasimir Davchev and Stefan Denin.

The current management of RC Plovdiv-Puldin succeeded to achieve 60% attendance at the regular meetings and about 80% membership fees collection. For strengthening the relations between club members trips were organized to Cappadocia and St. Petersburg, all members`birthdays were solemnly celebrated, meetings of other RCs were attended as well as extended meetings in the companies of club members.

The third edition of the project The National Leaders and I was successfully completed, the national patron being the Vice President Margarita Popova. In this edition of the project were involved 16000 students from 602 classes of 101 schools from the municipalities of Plovdiv and Pazardzhik Region and Sevlievo as well. By the initiative of Matei Mateev, who was the event`s main organizer, was held the Internationa Painting Symposium Plovdiv – Created by the Creator. This project of RC Plovdiv-Puldin is the first of the joint activities described in the twinning agreement with RC St. Petersburg – one of the international activities of the club for 2012-2013.

The summary of the work of the committees of RC Plovdiv-Puldin for the term of the boar 2013-2013 is very good excluding the Commission for the Rotary park. In all other directions the work of the club under the presidentship of Kircho Atanasov is quite satisfactory and fruitful.

Working plan of the Club for 2013-2014Twinning with Rotary Club St. Prtersburg is already a fact