You are here: Home / Club activities / Presentation of the work plan and the commissions in the Rotary year 2014-2015

On the meeting dated July, 8th 2014 the President of the club Stefan Denin presented the Work plan of the Board, the commissions and the budget of the club for the Rotary year 2014-2015.
On the meeting of the General Committee of СНЦ Rotary Club Plovdiv Puldin dated July, 8th 2014 the Past President Spas Popov represented a report on the activity of the club during the past rotary year 2013-2014.
On the meeting Spas Popov awarded the “Award Popov” to Vasil Vasilev which was founded by his friend Konstantin Popov and is given to the club member with the most regular attendance at the Club meetings. 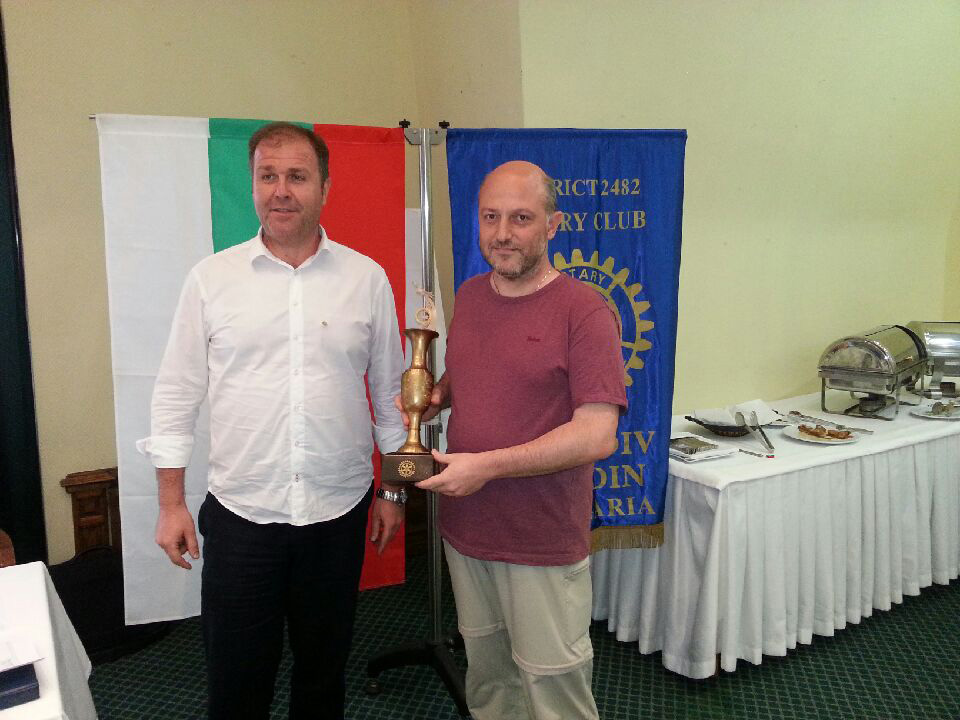